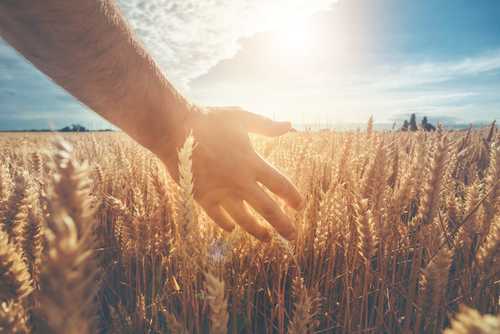 Montréal, June 5th, 2018 – With its project to develop a new $90 million grain transfer terminal, La Coop fédérée wishes to extend the value chain of Canadian agriculture to the European and Asian markets. The new terminal at Anse au Foulon will enable the annual export of 1.3 million metric tons of grain valued at $450 million.

A competitive advantage
Canadian grain, especially from Québec and Ontario, benefits from the strategic advantage of the St. Lawrence Seaway, with shipping being the most economical means of transportation. The Seaway also provides supply to the Great Lakes region.

About La Coop fédérée
Founded in 1922, La Coop fédérée is the largest agri-food enterprise in Quebec and it is the 24th largest agri-food cooperative in the world. It represents more than 120,000 members, members, agricultural producers and consumers grouped into nearly 70 cooperatives with operations spread out in many Canadian provinces. More than 13,000 people are employed at La Coop fédérée which has annual revenues of $6.3 billion. Including its affiliated network, La Coop fédérée has nearly 18,000 employees and consolidated revenue of $9.2 billion. Its activities are separated into three Divisions: Olymel S.E.C (under the Olymel, Flamingo and Lafleur banners), the Agri-business division (under the La Coop, Elite, Agrocentre Agrico and Agromart banners), and Groupe BMR under the BMR, Unimat, Agrizone and Potvin & Bouchard banners). For further information, visit www.lacoop.coop. Twitter account: twitter.com/LaCoop_federee.